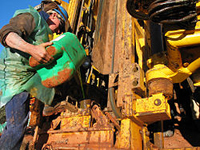 Asbestos Cancer and Lung Cancer Connected for Former Kent Smokers Columnist Joe Nocera writing in the New York Times December 3 came down hard on lung cancer lawsuits that claim exposure to asbestos, spinning lung cancer into asbestos cancer. His position is that with the dangers of smoking well-known, successfully litigating lung cancer cases is a tough go, so lawyers have attempted to find a connection between lung cancer and asbestos claims.

UK Steel Plant Workers Alleged to Have Had “Snowball Fights” with Asbestos Sadly, it appears to be an old story but one that still has a few chapters yet to be written. To that end, experts conversant with asbestosis disease in the UK say that asbestos cases from exposure dating back decades are not expected to peak before 2016.

Mesothelioma Victim Awarded $8 Million It’s been some time since we’ve heard about an Asbestos lawsuit from smoking. Nonetheless, a recent jury award to a plaintiff who claims to have smoked a particular brand of cigarettes from 1952 to 1956 burdened the Lorillard Tobacco Company with a major portion of fault.

Cigarettes Lead to Asbestos Claims It is hard to think of anything that could make cigarettes more dangerous, but back in the 1950s, certain cigarettes actually contained asbestos in their filters. Those asbestos-containing cigarettes have led to lawsuits alleging mesothelioma and asbestosis disease, either on the part of people who smoked the cigarettes or those who worked in the factory that supplied the filters. Other lawsuits alleging exposure to asbestos fibers resulting in asbestosis lung disease are still pending.

Asbestos Exposure Leads to Lawsuit An asbestos lawsuit has been filed against an electric company in Missouri, alleging employees were exposed to a risk of asbestosis, mesothelioma and other asbestos-related injuries during their employment. The lawsuit, which seeks class-action status, was filed September 13.

Offshore Drilling Giant Says “Not Guilty” in Drilling Mud Lawsuit A leading force in the drilling industry and operator of both fixed drilling rigs and drilling ships is currently defending itself against a drilling mud lawsuit, according to its annual filing with the US Securities and Exchange Commission (SEC) in June. Diamond Offshore Drilling Inc. (Diamond Offshore) maintains that much of the litigation centers on entities that may have employed drilling mud before Diamond offshore purchased the platforms. 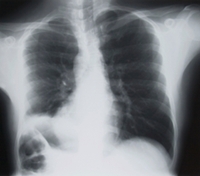 The Litigation and Liability Strategies Behind Asbestosis Lawsuits Critics of big business and manufacturing accused of turning a blind eye toward the risks associated with working with asbestos, only to turn to bankruptcy to avoid paying the full freight of asbestosis compensation, maintain they have only themselves to blame. An ongoing court case earlier this summer aptly demonstrates the complexities and frustration that can lie on the other side of asbestosis disease.

Asbestos Drilling Mud and Effect on Public Concerns about asbestos drilling mud and the effect it had on engineers and the people working with it are well-documented. Up until the late 1980s, drilling mud contained asbestos, which is a known carcinogen and can cause asbestosis, mesothelioma and lung cancer decades after exposure. Drilling mud itself is used to cool drill bits and flush debris during drilling, and asbestos was added to drilling mud because it was heat resistant.

Asbestos Mesothelioma Plaintiff Awarded Nearly $6 Million About 10 days after a jury in an Asbestos lawsuit awarded the plaintiff nearly six million dollars, one of two defendants remaining in the case at the time of the verdict announced they will appeal the ruling.

Asbestos Mud Drilling Exposes Workers to Serious Health Problems Imagine working with a material you were told was safe only to be told later it contained a carcinogen that could cause serious health problems. That is the issue facing many a mud engineer, people who worked with drilling mud, which often has asbestos mixed in. Despite working with a carcinogen, many of the people who worked with drilling mud did so without any protective gear, greatly increasing the chance of their developing asbestosis, lung cancer or mesothelioma.

Asbestosis Plaintiff Seeks $1.75 Million in Asbestos Lawsuit Not that anyone is keeping score, but sometimes with an asbestos lawsuit, the more, the merrier. In this case, no fewer than 23 potential defendants in a lawsuit that seeks $1.75 million in damages. That’s the degree of injustice a plaintiff who claims he was exposed to asbestos over a 32-year period feels is involved in the case.

Asbestos Lawsuit Results in $1.4 Million Award An asbestos lawsuit has resulted in a $1.4 million award to the family of a man who developed lung cancer after asbestos exposure. Although the man did not survive his asbestos cancer, his family continued with the lawsuit and a jury sided with the family in its asbestos claims.

The Tragedy and Complexity of Asbestos Drilling Mud: A Deferred Death Sentence In today’s modern society, it is generally held that the host, sponsor or employer is at least equally accountable, and in some cases, solely accountable for the safety of guests or employees on premises. If you throw a party, the hosts are responsible for making sure attendees make their way home and don’t wind up behind the wheel, drunk. In similar fashion the employer is responsible for a safe work environment. In the case of drilling enterprises that utilize drilling mud, the workplace remains unsafe without protective equipment.

What Lies Beyond Asbestos Drilling Mud? While there are always risks associated with various industrial activities such as manufacturing, mining and drilling, less-obvious hazards often prove to pose the most risk. With drilling, for oil and gas, the use of drilling mud has evolved to an alleged silent killer due to use of asbestos in the mud itself. Drilling mud is used to cool drilling apparatus and arrives on site in powdered form, requiring it to be mixed. It falls to the mud engineer to mix the material and prepare the asbestos drilling mud for use. The process often exposes the worker, unknowingly, to deadly asbestos.
Page: 1  -  3  4  5  6  7  8  9  -  20   Next»